In 2005 we produced Plane Of Existence to great acclaim on the Buxton Fringe. It’s a musical comedy about three fugitives who escape on a plane to Mexico only to find that there are three men in Business Class writing a musical about them. Through farce and philosophy, the show also spoofed a wide range of musicals and musical styles. 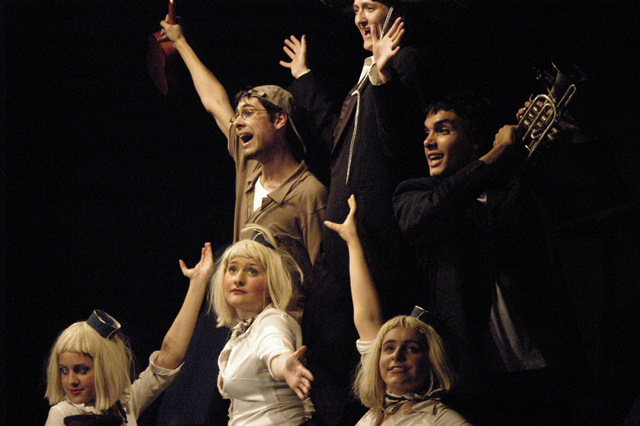 However, the music for this original performance was never written down. We are now looking to revive the book and lyrics and turn them into a major new Fringe musical for performance in London.

We are therefore on the look for a composer to work with us. The book and lyrics (by Tom Crawshaw) already exist but can be altered, and we are looking for someone with orignal ideas to help give the show a strong musical underpinning.

We are ideally looking for someone with experience of writing musicals or songs and with experience of comedy. We’re looking to write something witty, fun and original rather than moving, complex or experimental. Ability to play the piano would also be a plus.

We’re on tour with a couple of shows this summer, and will be scouting for musicals at the Buxton and Edinburgh Fringe in July and August. We’ll then be back in London (where we are based) in late August.

If you’d like to apply to compose a musical with us then…
– send an email to fun@threescompany.co.uk
– tweet us @threescompany
– arrange to meet us in Buxton (from 1st July), Edinburgh (from 29th July) or London (from 26th August)